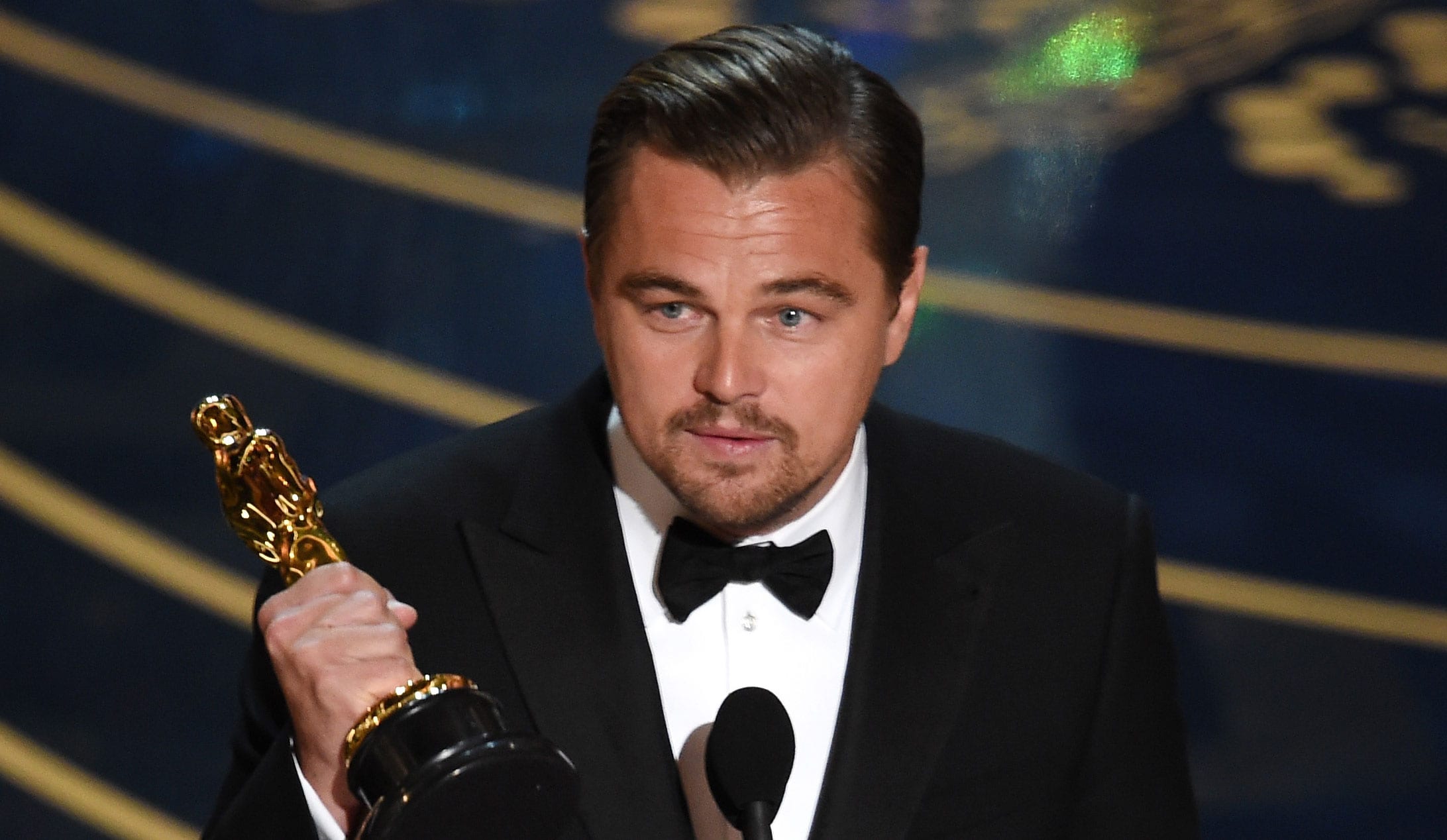 It is finally Leo’s moment. One of the internet’s best loved memes reached peak velocity this week. With five nominations and no wins, Leo DiCaprio was the world’s most celebrated Oscar underdog. With an epic and varied catalogue of work behind him, some said it was only a matter of time – this sixth nomination for his role in a Best Picture nominated movie would surely see him home. But is staying in the game long enough all it takes?

Bryan Cranston is another example. A very successful TV actor (appearances in over 60 TV shows and countless commercials before his recurring role on Malcolm in the Middle), you would no doubt recognise him, but not necessarily be able to place him instantly – mostly a familiar face. But then Breaking Bad happened and elevated Bryan into one of the most memorable leading roles in television history. A steady TV career is now a blossoming film career (often still more coveted and respected, despite the current unprecedented standards in TV output) and suddenly Malcolm in the Middle’s hilarious dad was an Oscar hopeful.

But neither of the above gentlemen got to where they were just by sticking to their guns and turning up for work. They are two actors amongst  thousands who work extremely hard and got extremely lucky. A rare combination.

For the actors, the parts come, the opportunities arise, because of reputation. Not just any reputation – personal, word of mouth reputation and endorsement. Sometimes executive Hollywood really suffers from a lack of imagination. As Bryan Cranston said in People Magazine:

“Vince Gilligan (creator of Breaking Bad) was my champion because the network and studio, they were like, ‘Well, wait a minute, this – you’re talking about Walter White being played by this silly dad from Malcolm in the Middle? And Vince, to his great credit and my benefit said, ‘He’s an actor. This is what he does, you know. He can do this.'” Source

Any competent actor should be expected to play a variety of characters. Typecasting is a convenience of studios and incompetent actors. Just as your business may be known for a particular service to a certain clientele, sometimes it’s better to not be typecast if you feel your greatest performance is ahead of you – and something richer and more diverse than what you’re known for.

An actor is said to be only as good as his/her last performance and as such, in today’s world of instant and/or viral online feedback, your business and its reputation may be taken to task by the kind of exposure once reserved for celebrities. Equally, it may be elevated.

DiCaprio went from edgy child star (and breakdancer to boot), to super-famous following the success of Titanic, which resulted in him being pigeon-holed by the media as a ‘cutey-pie’ and a ‘pretty-boy’. This media narrative contrasted violently with his ‘un-Hollywood’ acting choices which were neither cute nor pretty, and it took him some years to shake both his image and its expectations. A remarkable catalogue of work has since followed. But no one could have guessed that due to the delightful weirdness of the internet, he would become the world’s most famous Oscar loser.

Not that it makes him look bad. Leo’s meritability was never in question. It makes the system look flawed and maybe, just maybe, the memes and Tumblrs devoted to producing entertaining ‘Losing-Leo’ content had significant impact on DiCaprio’s reputation. This is the voice of the actual consumers, after all. The voice of those who want to see his movies – the hand that feeds. This ‘outrage’ that Leonardo DiCaprio has not yet won an Oscar is straight from the horse’s mouth. Perhaps one day, such chatter may prove to be more valuable than all the PR and awards press you can buy.

As the marketers amongst us know too well, the media machines behind this year’s Oscar contenders have been beavering away in the background for months to make sure it’s their talent treading the red carpet at Sunday night’s ceremony. Publicists are paid several thousands monthly, to promote their clients into the forefront of awards season voter consciousness. Is isn’t so different in the business community, with awards entry consultants available for hire, who research, structure and write awards submissions on your behalf to help you win an award.

But how much longer will such awards be valued when they are bestowed via money, contrivance, and fame? Not to mention, in the case of the Oscars, the once esteemed Academy is no longer considered the best authority on the deserving, and is already in the throes of significant overhaul. Why? Do you hear the people sing?

People have never been more discerning. As more and more ‘cheesy’ marketing campaigns using unrelatable stock images fall flat, and the mistrust of traditional voices grows, people turn to online chatter and reviews – specifically not from marketeers, to inform their choices. The moment there’s a hint of hyperbole or self-interested promotion, people switch off. They’d rather hear from Mary in Liverpool who was so relieved that her product was delivered on time and does exactly as advertised that she’s so excited she doesn’t punctuate overly well. Personally, I am deeply suspicious of long Amazon reviews that are perfectly presented. An occasional lowercase i now brings an odd authenticity to an online comment, such is the u-turn in the world of the written word.

A different word of mouth

Referrals are worth their weight in gold, but now you don’t have to go for a drink with Mike from Planning to hear about it. You can head for Twitter, or a comparison site, to hear from all kinds of people. The conversation is everywhere, and you need to work out how to be an honest part of it, with no bells and whistles, and no fluff. No Hollywood PR and probably no Tumblr memes. But if you kick off right and well and keep going, a conversation could catch alight.

It’s a different kind of reputation where acknowledging the value of being the underdog plays out just as powerfully as the publicity shot of you polishing up the Oscar. And in time, maybe even more so. No one searches for ‘award-winning’ this, that or the next thing when searching for a service.

So now the years of ‘Losing-Leo’ memes spontaneously evolve into something just as entertaining (they say he had to climb inside a dead horse to earn it).

Even if Leo had been snubbed yet another time, social media would have had a total field day. But that’s priceless PR for Leo either way. Everyone’s a winner! Especially, and finally, Leo.

Learn more about our #NoFluff marketing: