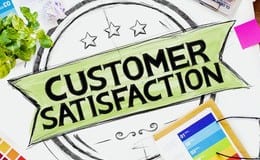 Anyone who knows us knows that we’re pretty analytical here at Now Comms. We think that B2B marketing needs to be evidential if it’s ever going to support really effective lead nurturing campaigns. This reputation for data based decision making means we’re often asked about the Net Promoter Score System. Usually the discussion goes along the lines of: “What is it?”, “Is it any good?” and “As customer satisfaction surveys go, should we be using the Net Promoter System to build our business?”

Business analyst Fred Reichheld helped create the Net Promoter Score (NPS) about 10 years ago and has been promoting its value ever since. Today it’s one of the most recognised methods for measuring customer loyalty.

The score is based on answers to the question: “on a scale of 0 to 10, how likely are you to refer a friend or colleague”.

Customers scoring zero to six are your detractors within the NPS system. These folks are unhappy; and they account for more than 80% of negative word-of-mouth. Sevens and eights are passive “comme si, comme ça” customers; they think that what you do is barely adequate, but it’s better than nothing. Nines and tens are your promoters; these guys are loyal fans. NPS says that this group delivers more than 80% of the referrals your business receives.

Is it any good?

Well consistency is always good when you’re benchmarking, and since the Net Promoter Score System is pretty popular, respecting it can deliver valued results simply because there’s a good chance your competitors are using it too. But NPS has as many friends as it does foes.

Others say that there’s no real scientific evidence to prove that the “likelihood to recommend” question is a more reliable predictor of business growth than any other customer loyalty based questions (for example: overall satisfaction, likelihood to purchase again, etc).

When data snobs say they hate the NPS metric it’s usually because (they say) no correlation between NPS and growth has ever been proven, so using the score to support actionable insights diminishes the role of the mild mannered data analyst to flaky snake oil salesman.

What else is out there?

Unlike NPS, there is no ultimate question with ACSI. Several questions focusing on areas like merchandise, functionality, content and price are asked to ascertain customer satisfaction. This degree of sophisticated generally results in less criticism from die hard data junkies but more bamboozlement  from the board. Therein perhaps lies the problem.

NPS is clever enough to keep things really simple. Its success is based on its ability to market effectively beyond the hard core analyst geek. In his own blog Net Promoter’s founding father Fred Reichheld admits that “The reason that so many researchers hate NPS is that so many senior line executives love it.”

So are customer satisfaction surveys worth doing?

Hell yes. The models might be flaky and the methods diverse but any customer satisfaction data is better than none at all. Fuse together the best aspects of all the best methodologies and you get an easy to implement contact programme that supports both sales and marketing.  Sales people can use the insights to increase engagement and up sell; marketing teams get the solid statistical base they need to support realistic positioning and messaging, and power effective campaigns.

It’s fear that stops many companies starting regular surveys; not knowing how satisfied customers are is just easier than knowing how dissatisfied they are, But in the world of social marketing ignoring the elephant in the room is deadly, because if customers aren’t telling you how they feel about your products and services, you can be damn sure they’re telling someone else.

B2B marketing analytics is easy when no ones asking difficult questions

Get the official sales pitch from NPS’s developers Bain & Company