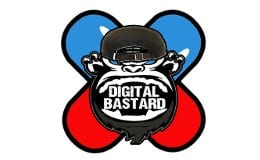 Digital bastards like Kayvon Beykpour make your blood boil don’t they? He sells his first start-up to learning business Blackboard for $4 mil before he’s even 21 and now, at the tender age of 27, he’s just banked $120 mil from Twitter for his latest brainwave Periscope, which he describes as being “like a mobile teleportation service”. What the **** is a mobile teleportation service? Does Twitter actually think it’s bought an app that beams people from one side of the planet to another? Even Scotty from Star Trek needs a whole desktop to do that!

The trouble with people like Kenyon Beykpour is that they make getting acquired look easy. Google has spent more than $28 billion acquiring a whopping 163 companies over the past 14 years. Facebook now has more than 40. So when fresh young start-ups with big ideas and no customers tell us they don’t need B2B marketing because Google, Twitter, Facebook, or whoever, is watching them,  we can empathise (Hey, we’re still waiting for the angel or VC cash ourselves!)

Taking your eye off the real business of actually building a business, to gaze doe-eyed at your potential suitors is tempting, but what happens when they do their due diligence and uncover the feeble sales pipeline?

Well unless you’ve just invented something better than Kayvon Beykpour’s mobile teleportation service that big paycheque gets a bit smaller. That’s if they don’t walk away completely.  Investors are rarely dumb – that’s why they have money to invest – and they do pay attention to things beyond that glossy PowerPoint deck you’ve been burning the midnight oil on: They read the same trade mags, twitter streams and go to the same trade shows and conferences as the rest of the sector, and they’ll be sure to ask why your competitors have a bigger and better presence than you.

Newsflash: not every startup wants to sell out to the big boys

Browse the tech blogs and you’d be forgiven for thinking every 20-something entrepreneur with a computer science degree is getting bought out by Google or Facebook. What doesn’t make sexy headlines is that most don’t.

The world’s full of successful businesses who’ve bootstrapped their way to success – take a look at this list curated by those bright sparks – and bootstrappers themselves – at 37 Signals. Inspiring isn’t it?

So how do you build a longer-term business that still makes you good money? Well, if you’ve been rigorous in your marketing, ensuring your brand is well-known, reaching out to potential customers, and reinforcing relations with existing ones then your dependency on that VC cash diminishes.

Present your audience with irrefutable evidence that you’re as good as you say you are:

Be “real” and accountable – add your team pics to your website, be active in responding to comments on your own blog / social media accounts, and where you’re mentioned elsewhere. Don’t be tempted to create“fake” reviews or testimonials. Customers aren’t stupid and it will come back to bite you (just ask this author).

Document current success stories: Leverage the good work you’ve already done and the goodwill already built up amongst your client base. If you’re really doing things well for them, they’ll be happy to share their experiences. And there’s nothing quite as powerful as third-party endorsement to really get your message across.

Be a font of knowledge in your sector: Of course you know your stuff, but how many people outside your company know how much you know?  All that knowledge bubbling around in the heads of your staff is worth its weight in gold from a marketing perspective, so get it out in the public domain:  Convert it into downloadable white papers, shareable Infographics and SlideShare presentations, and start drip feeding it into your blog (what do you mean you don’t have a blog? Start one!) Why? Because knowledge = value, and if potential clients can gain value from you for free, they’ll start to see you as an ally who can help solve whatever problems they have.

When we talk about consistency, we mean it on multiple fronts: Of course, you should be 100% consistent in your messaging and use of brand & identity – fight the temptation to try and be everything to everyone, focus on what really matters and what’s true for you.

Equally importantly from a marketing point of view, is maintaining a consistent presence in your sector:  There’s no point just ramping up your marketing and PR efforts around key events only for them to fall off a cliff again after the event. Online marketing in particular rewards regularity:  regular updates keep your website high in Google search results while regular paid for ads, for example, have a better “quality score” (rank higher on a page for less money) than occasional ads.

But it’s equally true offline: Whether it’s regularly putting in appearances at networking events or finding good reasons to regularly distribute press releases: being consistently front-of-mind is key to building a sustainable brand image and competitive advantage in your market.

Need help doing all of that?  that’s fine – we know you’ve already got more than enough plates spinning to add another to the pile. That’s where we like to think we add value. You see, we run brand building and lead-generation campaigns for companies who just don’t have the resource to do it themselves.  And we measure everything, so you’ll know exactly what’s working (and what’s not).

Have we convinced you yet?  No?  OK then let us buy you a coffee and we’ll try harder. The only thing you’ve got to lose are your preconceptions.

We have convinced you?  Great!  Give us a call or drop us a line and we’ll get in touch (yeah, Ok, we’ll buy you a coffee too – we might even throw in a croissant) and let’s work on building that long-term success for your business.