Is your B2B marketing more successful that the X Factor? 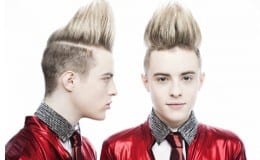 We’re told by X Factor’s publicity machine that a whopping nine million people watch the show every week, but what obsessive B2B marketers want to know is: How many of these viewers actually call up? What’s the conversion rate? Is it better than we can achieve in the B2B marketing world and, if it is, what can we copy?

B2B marketers bang on about conversion rates all the time.  We want to make steady incremental gains that constantly squeeze more out of the marketing budget by encouraging increasing numbers to adopt a call to action. Analytics and marketing automation have made calculating conversion rates in B2B marketing pretty easy these days, but in the cold light of day, these calculations don’t always look that impressive to the B2B newbie. If landing page conversion rates are hovering at about 2-4% of all web visits, lots of petty experienced B2B marketers think that’s OK. During the first weeks of a new direct mail campaign, open rates well below the industry average (about 16%)can be pretty common too.

We’re not saying these numbers are acceptable (like others in the industry, we reckon that B2B marketing must strive for better). But every now and then, when we sit down and try to realistically set expectations with clients at start-up we get the face. They look in disbelief when we tell them that a web site conversion rate of 2-4% are above the industry average and they panic at the thought of triggering outbound email campaigns that only 1 in 10 will open.

Wouldn’t it be good, we thought, if we run the B2B analytics rule over something like the X factor, assess the conversion rates achieved by the world’s most successful entertainment show and compare them with those achieved in B2B marketing. As inquisitive B2B marketers, we want to be able to do this: Over at X factor production company SYCOtv, they’re not so keen.

Surprise Surprise, no one at SYCOtv wants to tell us this information, so we need to rely on maverick online disrupters like Sofabet. Sofabet does a pretty good job of sneaking a peek under the hood to uncover the “real story” about X Factor voting.

After the 2010 season (season 7) Sofabet tells us that 15 million people voted across the entire series. Season 7 comprised 30 episodes: 10 of theses were live shows (This is where the voting happens). These live shows were supplemented by “boot camp” episodes, “judges houses” episodes and “results” episodes (which encourage social activity but not voting).  In B2B marketing terms we think of this as hub and spoke content marketing: the live show is the hub (where voting / conversions happen) the other shows are spokes (where social activity creates buzz).

In terms of audience, season 7 was X Factor’s high watermark averaging 13.2 million viewers per episode.  Crunching the numbers on all of this all of this – X Factor has a conversion rate of 3.78 percent (ie: 3.78% of those who watched also voted).

Since it’s high watermark in 2010, ratings for X Factor have fallen. The 2014 season drew in about 40% less viewers than the 2010 season, yet we’re told (by the shows presenter Dermot O’Leary) that over 40 million votes were cast over the course of the 2014 season, and over 10 million of these were cast in the final show alone. This is an amazing achievement given that the show’s finale was watched by only 9.1 million people. X Factor’s viewing figures have fallen by nearly 40% since 2010 but the number of people voting for contestants has increased by over 260%.

B2B marketers might put this down to great targeting: The show is watched by less people but a much higher proportion of these people are actively participating in the show. But they’re much more likely to put it down to creative use of the numbers.

The most authoritative figures we can call on to help us assess what B2B marketers would call X Factor’s conversion rate probably come from YouGov. For reasons that we expect only YouGov can explain, this market research firm routinely conducts research around the X factor. Most of YouGov’s output focuses on predicting winners rather than determining any watchers to voters comparison but when pushed, the stats business has said (during the 2012 semi-final) that about 11% of the X Factor viewers they poll actually say they will vote.  11% sounds much more realistic. It’s comparable with the kind of numbers we’re familiar with in B2B marketing.

So what can B2B marketers really learn from the X Factor? Well if we take Dermot O’Leary as our mentor, we’d probably say that the next time we’re asked to present campaign analytics to a client we should probably just flash a few big numbers on the screen without worrying about anyone in the board room asking really difficult questions. If we base our arguments on the YouGov data, then we’d say the X Factor may actually learn something from B2B marketers.